Q: How was MilQuest developed?

A: The programs have been carefully developed to challenge your physical and mental capability - but only to the level where you still complete it.

Avoiding injury has also been a priority through the development. That is why we have three programs. BLUE for everyone, GREEN for those who are already training regularly, and RED for those touching elite level training.

Milquest has been developed in close collaboration with:

Q: What kind of training does Milquest offer?

A: Watch the video below to get the basic idea. Milquest focus on functional fitness - building strength, speed and agility.

A: Yes. The higher purpose is to become strong, agile, and fast. To become a stronger and tougher version of yourself.

One of us organisers injured a knee during the first 10-week program. After that, all running was substituted with a spinning-bike. That is OK. He still earned his patch.

Another person started the program with an injured shoulder and substituted all push-ups with the exercise his physician gave him. It's all OK. He also earned his patch.

It is also OK to do the scale-down version of the exercises (as shown in the training database). You may also scale down the weight in your ruck.

However, if you substitute with exercises that are significantly easier, you can voluntarily chose to get the finisher patch for a lower level instead.

Q: Can I use my weighted plate carrier when I do the exercises?

A: Sure, as long as you have a backpack with the correct weight.

Q: How will you know I really finished my mandatory exercises?

A: You will be invited to the Milquest online community, where you will be asked to upload your gps-track and/or pictures from your workouts and weekend challenges as proof of completion. Ultimately though, earning the patch will be up to your own integrity and responsiblity.

Q: There is an important milsim in the middle of the program, what should I do??

It is absolutely OK to perform the challenge a week late or two. The program will be open two weeks after the official closing date - to allow catching up on missed exercises and challenges.

Q: What weights should I use for my backpack?

A: Anything that fits in your backpack. Waterbottles, sand bags, stones. Use your imagination. We use the THOR weight plates since they fit very well in a combat backpack. Then we use yoga blocks to fill out the rest of the ruck and provide cushioning from the weight plates. 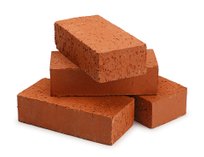 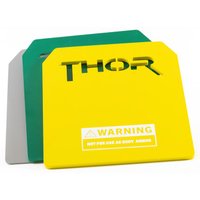 Q: Are there any apps that I need?

A: Well, which apps you use are very much up to your personal taste and which smartphone you have.

We use iPhone and like apps that are extremely simple, free or comes at very low cost. We prefer apps that just works and does not require any log-in or such.

We can recommend Runkeeper for GPS-tracking, Interval timer for keeping track of exercises with repetitions, and Topo-GPS for orienteering in the woods.

App for tracking repetitions of exercises.

App for orienteering in the woodland or mountains.

Milquest is not-for-profit. Everything earned goes back into buying patches, website hosting, and developing more quests.